Sometimes Mother Nature puts on a spectacular show with its strange array of bizarre plants that often produce spectacular flowers, stems, leaves or seedpods. Often found in unusual places around the world, these oddities are worth a closer look. 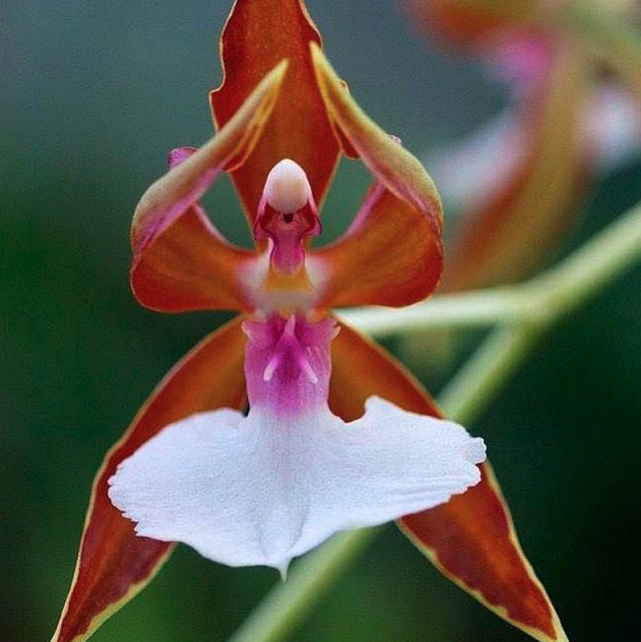 BALLERINA ORCHID (Caladenia melanema) — Mostly found in Western Australia growing in sand, this orchid clearly gets its name from its uncanny resemblance to a ballerina dancer. It flowers from August to mid-September and is considered a rare find. 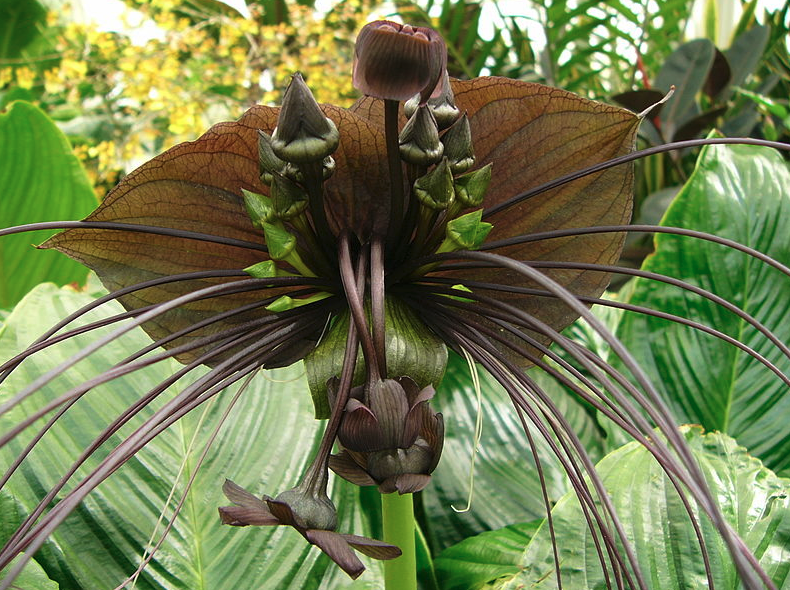 BAT PLANT (Tacca chantrieri) — A member of the yam family and grown from a rhizome, this tropical plant is native to Southeast Asia. Surrounded by large green foliage, its purple-black blooms bear ruffled wings and whiskerlike filaments, looking like a bat in flight. 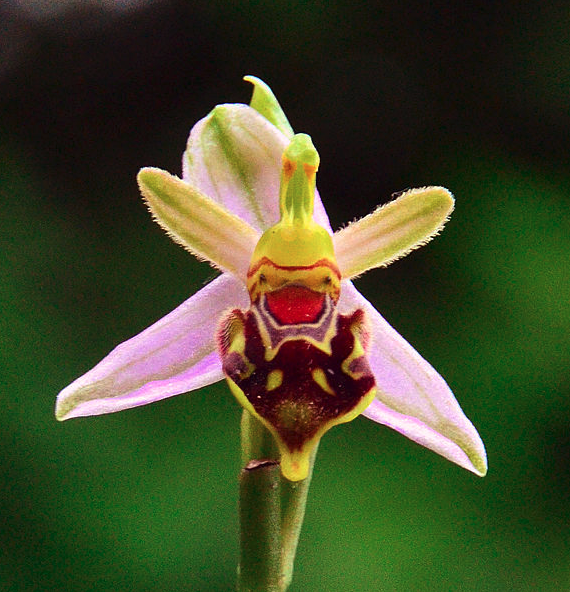 BEE ORCHID (Ophrys apiferea) — This wild orchid species lives up to its name as it looks like a bumblebee with its brown lips and yellow markings. In addition, it emits the scent of a female bee in order to attract male bees for mating, which then aids in pollination. A single plant can produce up to 11 flowers. 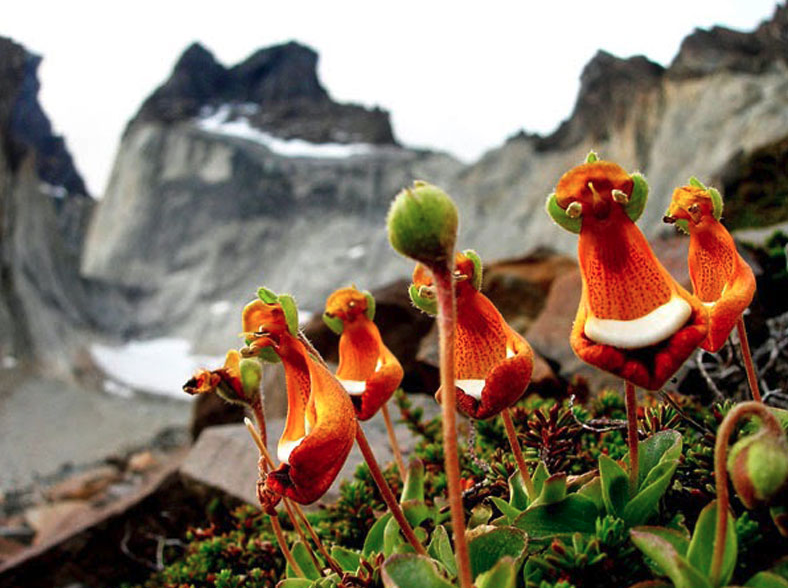 HAPPY ALIEN (Calceolaria uiflora) — Believe it or not, this crazy-looking plant was discovered by Charles Darwin, the English naturalist, near Antarctica and given its name due to its other-worldly appearance. Also known as Darwin’s slipper, the pouchlike, aromatic flowers attract birds who collect pollen and pass it on to the next bloom. 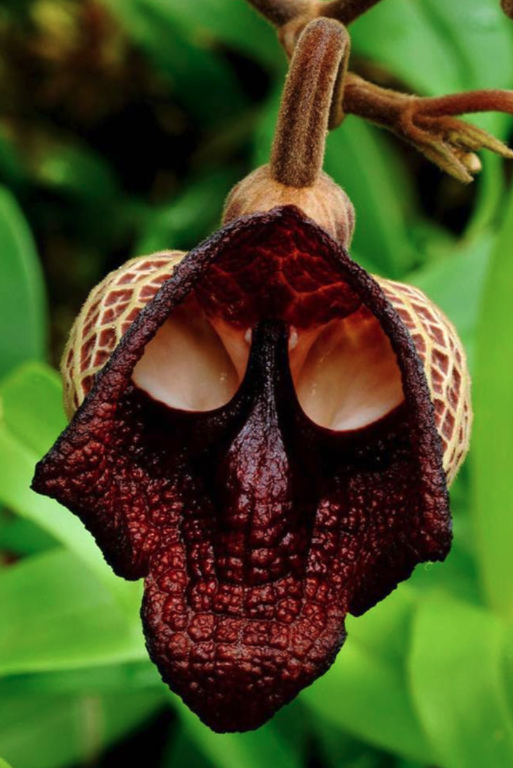 DARTH VADER PLANT (Aristolochia-salvadorensis) — A native of Brazil, this sinister-looking plant comes from the pipevine family. Its helmet-shaped burgundy flowers produce the smell of rotting flesh in order to attract insects into its “eyes” where they are temporarily trapped and coated with pollen so they can pollinate other blooms. 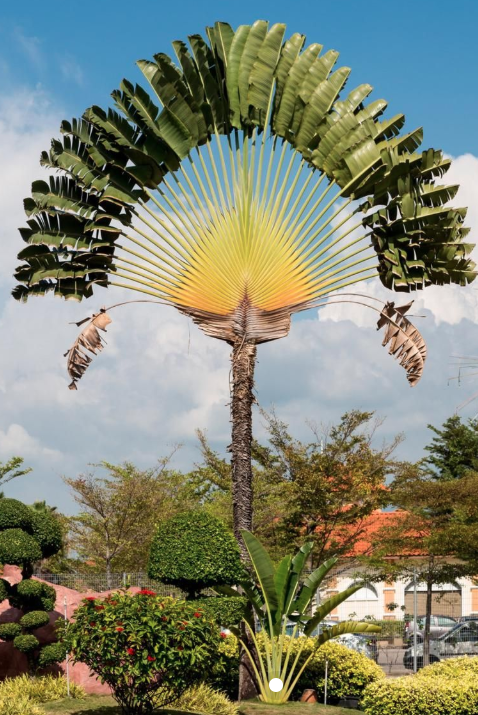 TRAVELER’S PALM (Ravenala madagascariensis) — A relative of the bird of paradise plant (Strelitzia sp.) this beauty gets its name from its leafstalks that hold rainwater and were believed to provide drinking water for weary travelers. Its remarkable fan-shaped banana-like leaves range in color from orange to yellow to green. 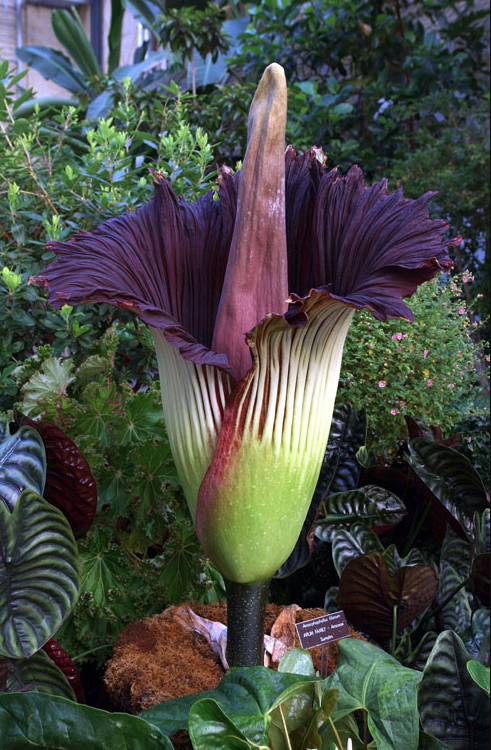 CORPSE FLOWER (Amorphophallus titanum) — Stunning but stinky, the world’s largest flower (its bloom can reach 8 feet high and four feet wide) produces a terrible smell (like rotting meat). Also known as the stinky plant, it takes up to 10 years to bloom and once it starts to flower, can grow as much as 6 inches a day. It remains open anywhere from 12 to 48 hours during which time it can be pollinated. 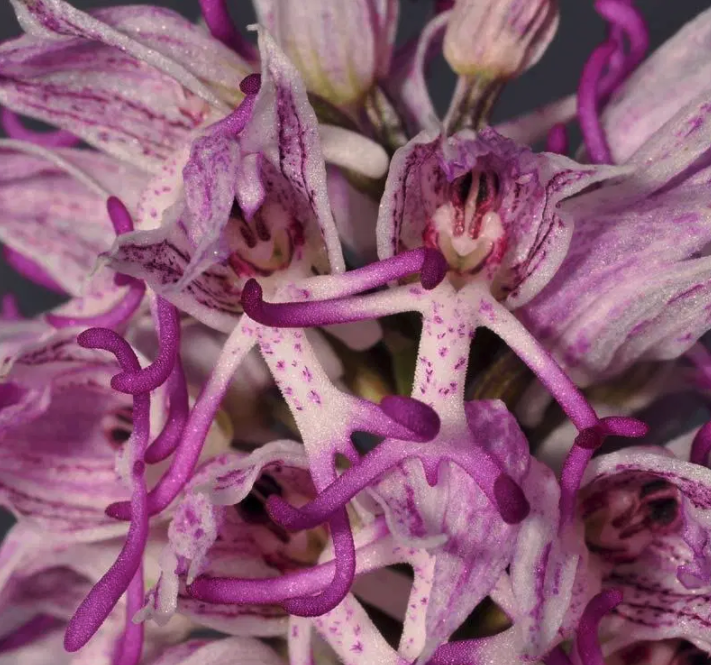 NAKED MAN ORCHID (Orchis italica) — Look closely and you’ll see two figures that look like hanging naked men (complete with reproductive organs)! Native to the Mediterranean, this unusual orchid species has both male and female organs, and each plant produces one large cluster made up of dozens of these curious shapes. 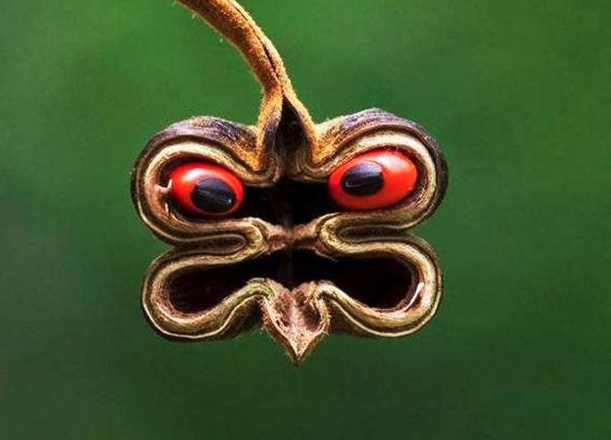 PRAYER BEAD (Abrus precatorius) — The eerie-looking pod of this invasive shrub gets its name from the seeds (eyes), which are extremely poisonous if ingested. Often used as beads for making rosary necklaces, as well as bracelets worn to ward off evil, they are prized for their brilliant red and black coloring that resembles a ladybug. 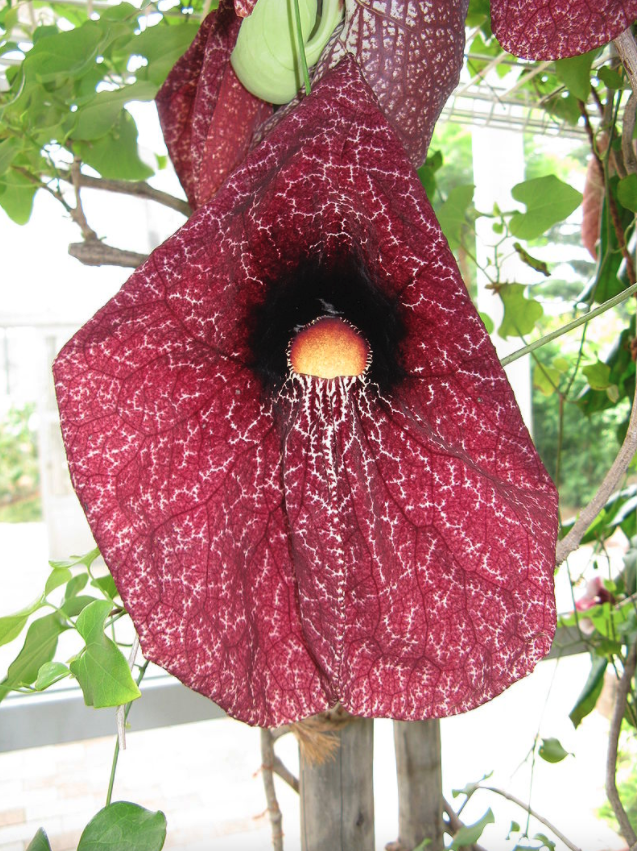 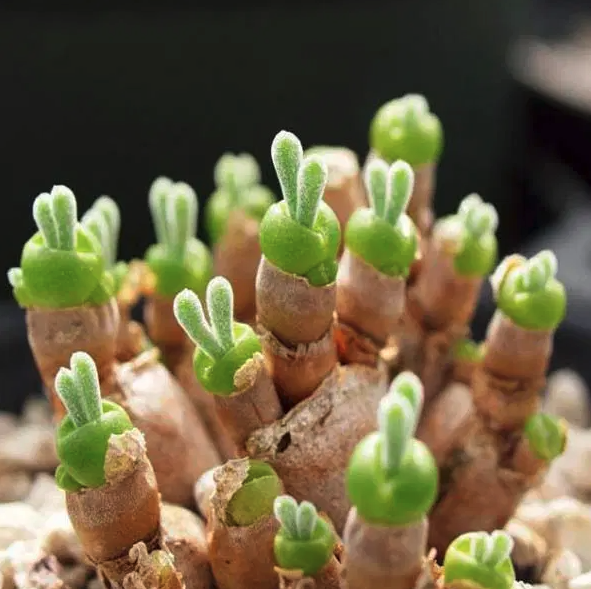 BUNNY EARS (Monilaria obconica) — This is pretty much too cute for words. The tiny bunny-like ears growing from this curious-looking succulent are actually bulbous heads that store water, eventually growing longer and producing reddish flowers. Prized by collectors, especially in Asia, it’s a rare find indeed.